When you’ve spent all your life in the same quiet village, what is there to fear?

As Clarabelle Weaver passes her seventeenth year, she still lives under the protection and shadow of the Great Lord’s fortress. The lord’s men patrol the land and keep the villagers safe, but no one has seen or heard much from the lord himself for years. Then the Great Lord passes and Clara is abducted and taken to the fortress that has overshadowed her entire life. Lucias, the new lord, is hunting for a woman to bear his heir and ensure the safety of the kingdom, and Clara is his choice.

With nowhere to run and no one to trust, Clara must match her will against a man with dark magic at his beck and call. But is there more to Lucias than the darkness she sees? Could this quiet, patient man be enough to replace her longing for freedom?

I really didn’t expect to like this book at all. It was a very fascinating story with major gothic vibe. This is basically the first ever gothic-fantasy I read, and I definitely see the appeal of it. I didn’t know that gothic-fantasy exist, not until this book actually, but overall I find the whole story enjoyable. The writing was smooth and steady throughout the whole book, and that helps me understand the story and the plot so easily. The plot wasn’t that much interesting, it mainly focus on the topic about the Great Lord’s heir, and why him having an heir is very important. I’d read that in many books before, so it’s not new to me. But what I find interesting was, learning more about the backstory of the Great Lord’s mother, and what her past had to do with the Great Lord and his mistress. I didn’t see the importance of the Great Lord’s mother at first, but when the story revealed it, I can totally see why she is so important.

The setting was very simple but also beautiful. I truly loved the setting of Everdark, it looks like a very peaceful place, a place where everyone just minding their own business and doesn’t really care what other people are doing with their lives. I pictured the place as a big medieval town with a gloomy atmosphere. There was a little bit mention of Ne’ermore and Endlight, so perhaps the sequel will take place there.

Aside from that, the magic system was very different than what I imagined, so that’s a bonus on why I liked this book. Not everyone possessed a magical abilities, only those who rules a kingdom possessed it for example: Lucias (the Great Lord) inherits the magic from both his late father (the previous Great Lord) and his mother (Lenora, Lady Raven). Lenora is called Lady Raven from the House of Raven, she’s the leader of the people from Ne’ermore. I was glad that the author included the backstory of Lucias’ ancestors—the previous Great Lords—and their magic. Learning more about his family backstory helps me see very clearly the awful things they did to other people, and also it helps me see that Lucias isn’t like his ancestors and his father at all. Their magic is truly powerful, Lucias can do so much with his power. His magic also helps protect the Citadel (his home), and his magic make the training grounds the place to heal any injuries. Even though he is powerful, he’s not immortal and he certainly isn’t invincible either. The magic was truly magnificent, simple but still can severely harm those who have an ill intention toward Lucias and Clara (his mistress).

There are lots of talks about having an heir and rape too in this book. Having an heir is important to not just Lucias, but also to the kingdom. Without an heir, his kingdom won’t be secure. It was the only subject he and Clara talks about all the time, I know that it can get very repetitive but I had to hold on and wait just a little bit more in case interesting things will happen. And also the talk of rape has been constantly brought up by both Lucias and Clara. I get why it was important to talk about it, especially for Clara. As much as talking about the matter can be so uncomfortable, but it was also nice for the author to bring it up so it can help readers see the connection it has with what Clara was about to face and what Lenora faced before. It was a very heavy topic actually, but I had to give it to the author for putting it as one of the main subject that the main characters talk about in the book.

It was great to see other characters too, even though they only appeared for a little while, at least there are someone else other than Lucias and Clara. Gettie was helpful even though she wasn’t the same as she was before, Tommy has been a great friend to Clara and I’m glad Lucias gave him a job as Clara’s assistant, and then there was Thad, he was a nice and fun character, but he can be a bit serious too and I’m not sure if I can trust him yet!

Lenora was supposed to be the big bad, but honestly, her lack of appearance made it hard for me to believe that she is the big bad. She does have a strong motive on why she targeted Lucias, he was the mistake she and Lucias’ father made. She doesn’t appear for majority of the book, only in the final 2-3 chapters before the book ends. It was a bit disappointing actually, plus she doesn’t have any POV at all where the readers can read her mind and see what she plans on doing to Lucias and Clara. At least with her own POV it helps develop her character more and finally get to convince readers that she have the potential to be the most threatening villain. I prefer if the book has POVs for Lucias and Lenora too instead of just Clara, like Lucias and Lenora are both important too. Now, I’m waiting to see how the author will handle Lenora’s character in the sequel.

Lucias like I said he’s very important, more important than Clara actually. He came off as a mysterious guy who everyone fears, mainly they feared him because of what his magic can do to people. I admit, it can be scary and threatening, like I’ve seen what he did to one of the guard who tried to rape Clara, how he break into the guard’s mind and make the guard commit suicide as a punishment. Lucias isn’t evil or bad, he’s just a good guy who live a quiet life in his fortress, and people called him the Great Lord because that title was passed down to him automatically after the death of his father. All he did was to protect his kingdom from his mother. It was hard for me to warm up to his character at first, because I just didn’t get a good vibe from him. But then later, he keep on proving me wrong. He’s actually a very caring person, and he can be playful too sometimes. I truly loved his character development in the story. He has the best development compared to Clara.

Clara on the other hand is great but nowhere near Lucias’ level. She is brave, even though she was told she couldn’t escape because there is no way she can, she still find a way to set herself free. I admired her because she doesn’t give up hope, she has a very strong determination, and even though she was very quiet at first, she wasn’t afraid to voiced her opinions. Some may view her as a weak heroine, but her strong heart and mind are what gives her enough strength that doesn’t make her weak at all. There are times when I was so exasperated by her stubbornness, and I hope her character get a proper development in the next book. I truly felt her pain, she was just trapped sometimes, like a bird in a cage. But what I find truly beautiful is, how she never back down every time she failed, she keep on trying to find a way to set herself free. Clara is truly amazing, even though she’s just a 17-year-old girl but she is very mature for her age.

I wouldn’t say that this book has romance in it, totally won’t count Lucias and Clara’s first kiss at the end of the book as a romance. This book is more of developing Lucias and Clara’s relationship so that the sequel will be able to focus on the romance aspect of their relationship more. I’m not sure how to feel about these two being together just yet. I was weirded out by the age gap; Lucias is 26 meanwhile Clara is 17. The book surely had a hard time trying to convince me about these two. I don’t see any chemistry between the two, and some of their scenes are straight up cold or just plain awkward. When Lucias confessed his feelings to Clara, I had a hard time trying to accept it because it was so unrealistic. When did he ever realized he loved her? He and Clara basically loathed one another for the majority of the book, so to see him speak those three words was truly surprising. Their relationship need a strong build up, and better development if the author really want to convinced her readers to believe Lucias and Clara’s are the perfect match.

Also, I get a strong Hades and Persephone vibe from their love story, I can clearly see the similarities between the two. If you’re a big Greek mythology fan, you’ll catch it easily. I’m not sure what to make of their relationship, but it seems like the author already make them the permanent pair, so it better have a proper development in the next book.

It was nice overall, but I’m hoping the sequel will have a better upgrade. I seriously can’t wait to see what the author has in store for these characters. Seriously, I’m looking forward to see Lucias and Clara on their journey to Endlight, and see what kind of adventure awaits them there! 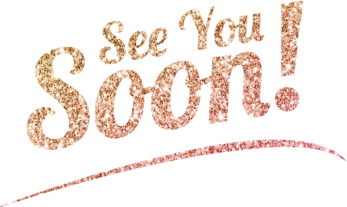