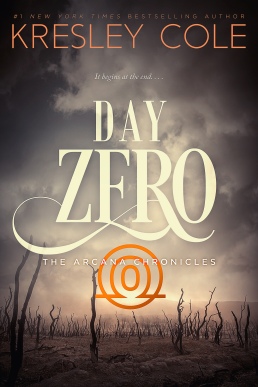 Arcana means secrets, and these Arcana Chronicles short stories are filled with them. Experience firsthand the beginning of the end and behold the apocalypse through the eyes of characters you only thought you knew.

Ashes to ashes…
Evie Greene’s story of the Flash is just one of many. All over the world, those connected in some way to the lethal Arcana game—like Death, Jack, and Fortune—must first survive a horrifying night of blood and screams.

We all fall down.
Some will have to grapple with new powers; all will be damned to a hellish new existence of plague, brutality, desolation, and cannibalism. Find out who they lost, why they endure, and what they sacrificed in order to live past Day Zero…

This was a very short and simple read since this is a novella and it only tells the origin story of each major arcana.

I was glad to read this one instead of not choosing to read it, or else I would miss out on a lot of things. Not that this book is important, but it’s important for those like me, who wanted to learn more about the origin of the major arcana.

Learning it more from this novella was actually great, at least I get to know what their lives was like before the apocalypse and how much had changed since then. It was truly depressing to see some of these characters are living a great life and suddenly, the apocalypse strike and now they’re out in the ash with nothing but only their powers and each other as companions and fighting so hard to survive in this deadly arcana game. The gods are cruel for making them endure it!

There are some important informations in this one regarding the characters that aren’t yet introduced in the previous books. Their informations in this novella helps me know what to expect from them once they begin to appear in the upcoming books. I’m looking forward to meet Kentarch the most. He has some pretty interesting powers, and from the information I got in this book, he was a nice guy and has great personality. I’m really excited for him to make an appearance in the upcoming installments.

The only thing that still remain a mystery was The Hanged Man. This only makes me so curious about the character and it really boost my excitement to see the character appear in the upcoming books. Who is The Hanged Man? And why was all of his informations hidden? He must be a major player in this game or very important than everyone. Anyway, I’m just excited to see this mysterious character.

This book also give some informations on Stellan (The Star), and Calanthe (Temperance), the first two major arcana that was already confirmed dead in the previous books. Sad to see that they’re gone and doesn’t make a single appearance in the previous books. They were only mentioned because of their deaths. I would literally want to see these two, especially Stellan.

Overall, this was a very nice and interesting novella if you want to learn the origin of the major arcana. Nothing too spoilery, and this has no tie to the full-length novels in this series. This novella only provides informations and details regarding the major arcana characters that already appeared and are yet to appear in the series. Also, it was nice of the author to include about Jack too even though he’s the only mortal…or is he??? I’m still skeptical about Jack being the only mortal, what if he is a super-mortal aka superhuman like Odysseus and Captain America…It could be a possibility, after all this world is nothing like what it seems.

I really enjoyed learning more about the game and the characters, and I hope to see the other major arcana that hasn’t appear yet to make an appearance in the next book soon.

One thought on “REVIEW: DAY ZERO BY KRESLEY COLE”